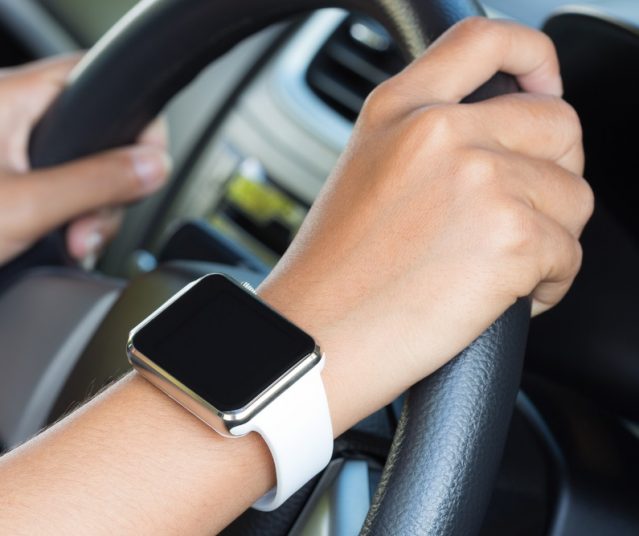 Is Using an Apple Watch Whilst Driving Illegal?

The popularity of Apple or Smart Watches is increasing rapidly. And you may be surprised to learn that the Road Rules don’t necessarily prohibit their use when driving. We...

The popularity of Apple or Smart Watches is increasing rapidly. And you may be surprised to learn that the Road Rules don’t necessarily prohibit their use when driving.

We all know using a mobile phone is prohibited. Rule 300(1) prohibits using a phone unless:

The reasons smart watches are different is because they aren’t alone classified as a “mobile phone”, and using them doesn’t involve pressing or manipulating “the body of the phone”.

Are smart watches a “mobile phone”?

In the writer’s view, no. The definition in Rule 300(4) is vague but doesn’t define a “mobile phone” to include a smart watch.

Further, smart watches merely assist in the operation or access of mobile phones, and they also have functions that are entirely independent of mobile phones. For example, the heart rate monitor, GPS map function and the time all operate entirely without connection to a phone.

If it’s not a “mobile phone”, is using a smart watch “using” your mobile phone?

Yes it can be. “Use” in the Road Rules means any action that operates any function of the phone.

However “use” is not illegal to make or receive a call, if the phone is mounted, or the driver doesn’t do anything to press or manipulate any part of the body of the phone.

A call is received on a mobile phone either mounted or not being held by the driver. At the same time the notification of the call is sent to a driver’s smart watch.

The driver rotates their wrist causing the screen on the smart watch to light up and show the call. Arguably, the driver has “used” the phone by accessing the call notification sent to their phone on their smart watch. However, they haven’t “pressed” or manipulated any part of the body of the phone. They have simply gestured with one arm.

If they then use their voice to accept the call, again they are “using” the phone, but not pressing or manipulating any part of the body of the phone.

The driver uses their finger to touch the screen of the watch to accept the call. Even if the driver touched the screen, provided it’s not a text message and only to “receive an audio call or perform an audio playing function”, they are still not pressing or manipulating the body of the phone.

For these reasons, using or accessing a smart watch in those circumstances would not be prohibited under the current Road Rules.

The above is not to suggest that using a smart watch when driving is a good idea, and not plainly reckless. If you cause an accident whilst distracted on your watch you could be charged with negligent driving or worse. Also, like most areas of the law, lawyers and magistrates can have different views on how the law operates. Therefore the best policy is to be cautious and not use your smart watch when driving.

However, this highlights the need for the Road Rules to actively keep up with changing technology.

Note: The above is not intended to be legal advice specific to an individual set of circumstances